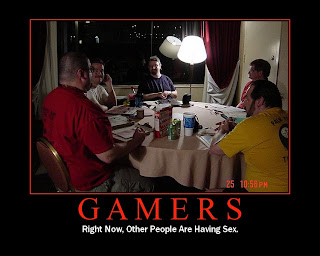 Given the title and the macho trailers that Gamer had, it really lacked on the action side. Most of the action in the trailers was in the first sequence of the film. Just as the film feels like it's going to get exciting it slows down again. After almost coming to a halt Gamer dupes us into a anti-climatic ending. Maybe they ran over budget and couldn't kick some ass because these are the guys who did Crank, which really didn't slow down for much. Obviously there is some cool stuff about the film, but it's really not worth seeing (at least in theatres) for the few shining moments.

The exciting thing about the film is directors Neveldine/Taylor's style is being refined. Sure the script and pacing didn't work, but N/T's exploitative digital style filled with cuts that shouldn't work (but always do), an odd sense of pornography, and action sequences shot on roller blades really exploded on screen. If these guys ever make a bigger name for themselves spotting their films just based on style will be like a horror nerd spotting a Dario Argento film. They just bring something unique to the screen, granted half the people don't like it, but they don't get how badass it is to have two directors who used to shoot extreme sport making a movie. So I am still looking forward to their next project (may they write something better this time).

Oh almost forgot, Gerard Butler is badass as always in this film.

Email ThisBlogThis!Share to TwitterShare to FacebookShare to Pinterest
Labels: Gamer

My wife and I.